Jim has been an Assistant Professor of Geography at Oxnard College since 2016.  Courses include Physical Geography with Lab, Weather and Climate, and California and World Geography.  Previously, he taught part-time at Ventura College for 16 years.  His degrees are in Geography and Environmental Studies.  He is a certified planner under American Institute of Certified Planners (AICP).

Early in his career he was a water resources planner at a municipal water district.  He later became a civilian at Naval Base Ventura County as an environmental planner and then Head Planner for the Base, totaling 21 years.

He is a Board Member (emeritus) with Friends of the Los Angeles River and Head of the Technical Advisory Board for more than 10 years.  His work has influenced watershed policy in Los Angeles County and planning across the Navy.

He enjoys hiking and backpacking.  His travels have taken him to most of North America with 27 countries visited.

Ron grew up in central Illinois along the Mississippi River and has lived in Ventura County since 1957.  He retired in 1992 after 40 years in the aerospace industry, having worked most of that time on propulsion systems for unmanned aircraft.   Since retiring, he has devoted most of his time to environmental causes, especially those aimed at preserving California’s biological diversity.  He founded Friends of the Santa Clara River in 1993 and has been its chairman ever since.

Past hobbies have included birding, hang gliding, paragliding, kayaking and many years of backpacking and poking around Sierra Nevada summits.  Currently, reading has to pretty much suffice.

As a 40 year resident of the Santa Clarita Valley, Lynne has had the opportunity to promote sustainability and protection of the Santa Clara River and our community as the Valley grew and developed. Her activism started with the successful attempt to save the oaks on Valley Street, continued through her work on Elsmere Landfill and the CEMEX mine and goes on today with efforts to ensure a clean, healthy and adequate water supply. She has participated in many non-profits throughout the SCV, but especially focuses on local sustainability and the environment. She managed and often wrote for the Signal Newspaper’s “Environmentally Speaking” column for approximately 8 years.

Lynne holds a Bachelor of Arts Degree from California State University at Northridge with post graduate work in business and languages. She owned a small manufacturing business in Burbank for 25 years.

Sanger Hedrick – a Ventura County native, Stanford graduate, USC MBA graduate, and a third generation citrus grower – began his professional career in 1966 as an analyst with Economics Research Associates of Los Angeles.  He co-founded Development Economics Inc. of Redondo Beach but later returned to Ventura and established a career in Real Estate Consulting, Brokerage, Investments and Property Management.  For twenty years and counting, Sanger has been the President and part owner of Hedrick Properties, Inc., a property management and citrus farming firm.  In 1999, Sanger completed negotiations with the California Coastal Conservancy for sale of a major portion of his family’s ranch for conservation protection and ultimately part of the Santa Clara River Parkway.  This portion of the parkway is now under the stewardship of Friends of the Santa Clara River.

Since then, he has been involved in numerous activities in the areas of conservation and restoration on the Santa Clara River.  He is currently on the Board of The Ventura Audubon Society (VAS) and The Friends of The Santa Clara River (FSCR).

Barbara was raised on Long Island, NY between the Long Island Sound and the Atlantic Ocean, by an ardent naturalist/conservationist mother. She grew up with an awareness of wildlife as an essential part of her life.
After an exchange program at California Institute for the Arts, and graduating from The Cooper Union in New York City, with a Bachelor of Fine Arts, she moved to California.
She and her husband have been partners in Image G, since the 1970s, where the company produced special visual effects for film and television for over 35 years.
A supporter and activist for peace and environmental issues during the intervening years, in 1993 Barbara was a founding member of Friends of the Santa Clara River.
During these 25 years she has been vice chair, her role evolving through newsletter designer/editor, SCREMP participant, press conference coordinator, organizing SC River tours for California officials, educational programs, planning retreat coordinator and whatever the River has needed.
She continues to be a devoted visual artist with an eye to contemplating the natural beauty FSCR is committed to protecting.

Andy was born in Troy, Michigan and studied at Lawrence Technological University in Southfield, Michigan. There he obtained his degree in mechanical engineering in 1961. He became a Ventura County resident in 1965.  He worked as a federal civil service general engineer with the Naval Air Systems Command for 34 years and is now retired. In addition to being part of the board of directors with the Friends of the Santa Clara River, Andy is also the treasurer and newsletter editor with the Ventura County Environmental Coalition, works with SOAR, the Ormond Beach Task Force and was a member of the 2015 Ventura Charter Review Committee. 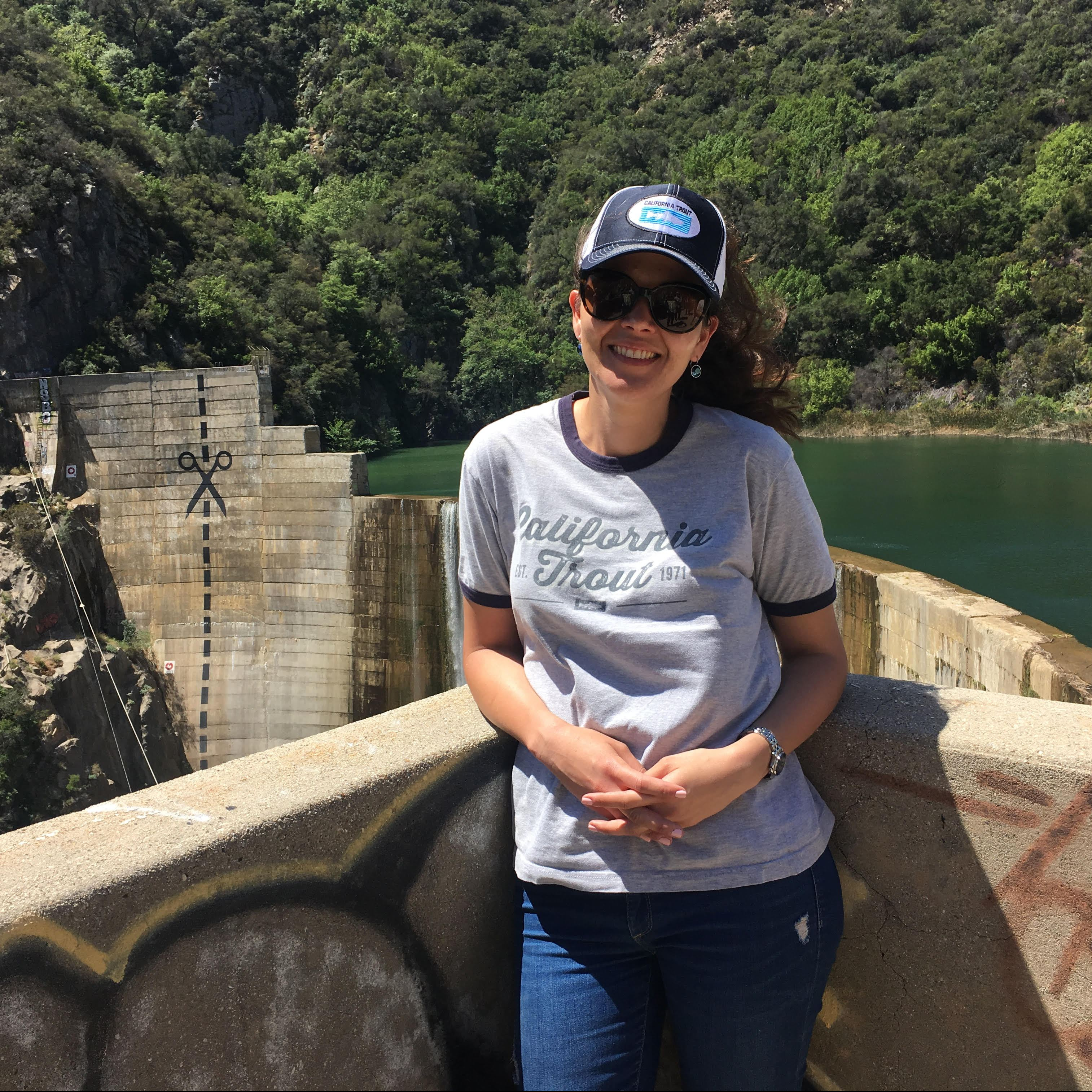 Candice lives in the Santa Monica Mountains with her husband and two dogs. She enjoys cooking, hiking, and is still trying to conquer the art of fly fishing.

Travis is a California native born and raised in Santa Barbara County. He grew up exploring the  local beaches, lakes and mountain trails and continues to spend his free time outdoors  enjoying nature. Travis relocated to Ventura County in 2000 continuing his career in Quality  control for a local semiconductor manufacturing company. In 2007, he left the nine to five grind  and started a small distribution business he operated until selling in 2015. Since then he has  been a self-directed options and futures trader.

Introduced to The Friends of Santa Clara River in 2018, Travis was so impressed by the  accomplishments of the board that he wanted to contribute as a volunteer. He recognizes the  importance of environmental protection, nature preservation and conservation throughout the  largest watershed in Ventura County. As a new board member in 2020, Travis hopes to raise  awareness regarding the Santa Clara River watershed and assist in furthering community  involvement to help restore and protect the natural resources provided by this vital fresh water  system.

In the evenings and on weekends you’ll likely find Travis cycling around the Conejo Valley, open  water swimming near the Santa Clara River Estuary and indulging at local coffee shops. Travis  holds a bachelor’s degree in Organizational Management from the University of LaVerne. He  has also completed graduate course work in Sustainable Natural Resources from Oregon State  University.

Your donation supports the protection and preservation of cultural and biological resources of the Santa Clara River Watershed.